By Jordan Davis — 4 weeks ago

Don’t miss Celebrity Myxer’s recap of Chicago Fire Season 11 Episode 7 “Angry is Easier.” Herrmann is tasked with fulfilling a man’s dying wish. Kidd reflects on her Girls on Fire program after one of her students graduates from the Fire Academy. A heckler harasses Firehouse 51. Here’s what you missed!

Previously on Chicago Fire Season 11 Episode 6, Severide and Kidd investigate an explosion at a jewelry store. Cruz and Chloe take steps to make Javi a permanent part of their family. Gallo, Ritter, and Mouch try to bond with Carver.

On Chicago Fire Season 11 Episode 7, Herrmann tracks down a car accident victim’s long lost love. Meanwhile, Stella celebrates one of her Girls on Fire members graduating from the Fire Academy, but is faced with some stress when she realizes that she’s putting them on a path where their lives will be in danger. Meanwhile, a heckler won’t leave the members of Firehouse 51 alone.

Carver gets into a confrontation with a bystander on Chicago Fire Season 11 Episode 7. Photo credit: Adrian S Burrows Sr/NBC

Stella works with Kylie and the other Girls on Fire on drills at the firehouse. The one running the drills is Macy, who is the first Girls on Fire student graduating from the Fire Academy.

Herrmann notices that Cruz is off, and Cruz reveals that Javi’s adoption is on hold because of Leon’s involvement with the gang and he hasn’t heard anything since. Herrmann reassures him that he’ll hear back soon.

The team responds to a multiple vehicle accident. Herrmann and Stella help a victim, John, who’s trapped in his car under a large concrete pillar that a car was carrying. Herrmann leaps through the window in order to help John stop the bleeding.

Carver sees a man standing in front of the caution tape and warns him to step back. The guys taunts Carver, saying he’s just standing by while people are in danger. Carver warns him again to get behind the tape.

When Violet checks out a victim, the guy is back again and tells Violet to take a second look before making a call. Carver comes over and yells at the guy again, but he reminds Carver that he’s behind the line. Before Carver can say more, he sees a car driving on the shoulder of the road. They try to wave at it to stop, but the car drives right by, running over the line that was supplying air to what was keeping the pillar up and off of the car that John was trapped in. It begins to deflate, and the pillar starts to go down with it, with Herrmann and John still stuck in the car beneath.

Herrmann reassures John that they’re getting out as the team tries to find a solution to keep the pillar lifted up. John tells Herrmann about Catherine, a woman he loved but never told, despite her being married. The team is able to pull the car out, and they get John into an ambulance as he starts crashing.

Severide talks to the driver of a bike that slid and crashed during the accident and compliments his bike. Mouch overhears this and seems intrigued.

In the ambulance, John asks Herrmann to find Catherine and tell her how much she meant to him.

The Pressure Is On

Stella questions Carver about the heckler, and he wonders who the guy is since he wasn’t involved at all with the accident.

Herrmann tells Ritter about the Catherine situation and wonders what he should do, since John might pull through. However, Sylvie updates him that he’s on a ventilator and probably won’t make it. Ritter tells Herrmann that since they used to be friends, she probably will still want to know about his condition, so they’re now determined to find Catherine.

Gallo and Violet walk from the firehouse and see the same guy from the car crash watching the firehouse from across the street. He stares at them for a while until he finally gets in his car and drives off.

Stella gets a picture of Macy and the Girls on Fire squad at Macy’s graduation from the Fire Academy. Macy’s mom pulls Stella aside and reveals that she’s worried about Macy risking her life. She tells Stella that if she loses her daughter, it’s Stella’s fault.

Herrmann tells Ritter an Sylvie that there are 19 Catherines with the same last name in the United States, but Ritter finds her quickly by looking up more keywords. Ritter figures out from his search that Catherine has a daughter, but she’s divorced now.

Mouch goes to Severide to ask about his motorcycle repair, but Severide tells him to buy a manual for it.

Gallo catches up with Tracy about the day, and they make sure Herrmann isn’t looking as they continue flirting.

Stella shows up to Molly’s and tells Severide about her interaction with Macy’s mom. Severide reminds her that she can’t control what happens during the job, and she’s inspired those girls and that’s all that she needs to focus on.

Violet heads into work, and runs into the heckler again. Gallo and Ritter tell him to leave, and Boden steps in and warns him not to threaten any of his firefighters. As he walks away, they all wonder what his problem is.

Stella quizzes Kylie on stuff for the Fire Academy exam. Stella tells Kylie that it’s okay if she waits to take the exam instead of doing it in six months like she originally planned. Kylie questions if Stella doesn’t think she’s ready, but Stella just tells her to take some time and figure out if that’s what she really wants. Ritter watches this all happen.

Severide and Cruz watch as Mouch struggles to repair his motorcycle. Severide can’t take it anymore, and finally jumps in to help him. Mouch steps back and smiles at Cruz, insinuating that this was his plan an it worked in his favor.

The team gets called out, and Mouch sees a car following behind them: it’s the heckler. Stella radios for police backup, and warns Carver not to engage with him and let the police handle it.

They arrive to find a teen with his leg trapped under a fence. The heckler walks up to watch them. He encourages a kid to get his phone out and film it, in case anything goes wrong due to the firefighter’s incompetence. Carver steps in and walks the guy away until the police show up. The heckler says that Carver was threatening him, but the cops walk him away.

Sylvie tells Herrmann that John is off the ventilator and feeling better, and Herrmann reveals that he told Catherine in a voicemail he left her that John may not make it. Herrmann doesn’t want to call her back and tell her that he’s fine, and feels guilty for interfering.

Ritter goes to talk to Stella, and reveals that his parents didn’t want him to go to the Academy. They didn’t think he was a “real man,” so Ritter dedicated everything to proving them wrong. Stella realizes what Ritter is saying: that she put a seed of doubt into Kylie’s mind. Ritter reminds Stella that she’s Kylie’s hero, so her opinion means a lot.

Severide finishes fixing up Mouch’s bike, and right as he gets on it, Trudy shows up. Everyone is worried that she’s upset, but she passionately kisses Mouch and hops on the bike behind them as they ride off.

Boden tells everyone that they discovered who the heckler is, and his name is Edgar. His father died in the tent fire that the team responded to a while back after being severely burned. Sylvie realizes that he blames them for his father’s death, and that’s why he’s heckling them.

Boden tells the team to keep their distance if Edgar shows up again and to let the police handle it.

Stella finds Kylie and apologizes to her, saying she’s more than ready for the entrance exam. Stella admits to overthinking and caring a lot about her.

There For Each Other

Violet sees Edgar approaching and warns Boden. Edgar storms up there, but Boden pushes him back, and Edgar loses it and screams at them about his father being gone. Boden orders everyone to head back inside, but Violet steps in and tells Edgar that he’s not the only person who’s lost someone. She gets emotional as she talks with him about what it’s like to grieve someone you love. She tells him that it was a tragic accident, but finding someone to blame doesn’t solve anything. Edgar says that it’s ruined his mother and him, and he doesn’t know how to make it all better. Violet says that he can’t, that maybe only time is the solution.

Herrmann checks in on John and tells him that he found Catherine. John is shocked, saying he wasn’t thinking straight and doesn’t want to interfere in her life. Herrmann encourages John to go for the things in life that he wants. At that moment, Catherine shows up and is thrilled to see John again. Herrmann leaves the two to catch up.

Stella and Severide head to a firehouse where they meet Lieutenant Morgan. Stella says that Macy is starting there next shift, and asks him to keep an eye on her. Morgan assures Stella that he will.

What did you think of Chicago Fire Season 11 Episode 7? Let’s talk about Chicago Fire in the comments below! Missed any of the episodes? Catch up with our recaps!

Catch a new episode each week on NBC, check out listings dates below. Stay right here, stay mixed in for Chicago Fire Season 11 Episode 8, Det. Pryma asks for Severide’s help on a case involving explosives! Drop your email to get insights into your inbox… 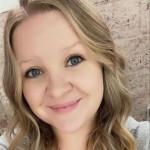